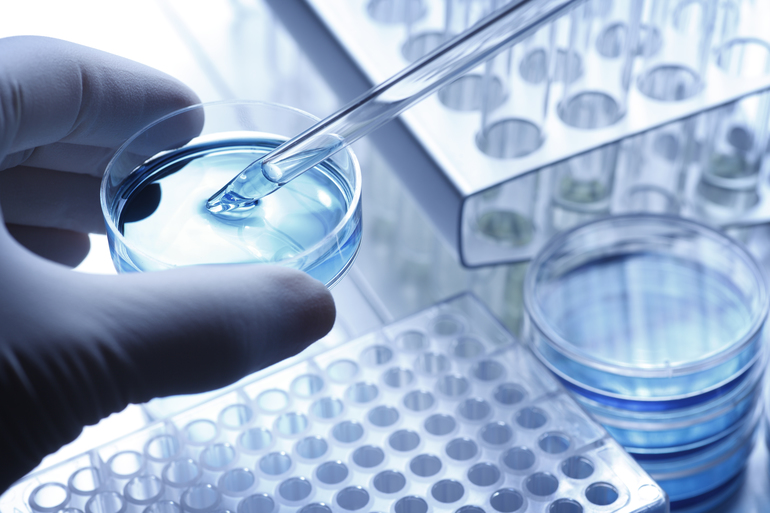 Are you interested in this file? Let us know your investment intention (without commitment).

LNC Therapeutics is a French company created in 2010 specialized in the discovery of drugs based on the intestinal microbiome.

Our entire body is made up not only of billions of human cells, but also of microorganisms that exceed at least twice the number of our human cells.

They not only colonize our tissues and organs, they also perform many vital functions necessary for the proper functioning of our body. We call this flora the human microbiome. The human intestinal microbiome is extremely diverse.

A healthy digestive tract contains 2 kg of microbiome composed of millions of microorganisms including hundreds of species. Disruption of the intestinal microbiome is one of the causes of obesity, diabetes and cardiovascular disease.

Thus, regulating and using the microbiome is nowadays considered as the most innovative approach to address the origin of diseases, and not only their symptoms.

LNC is positioned as the only player capable of providing an effective and safe solution against obesity and metabolic disorders associated with biomedicines derived from the intestinalmicrobiome that treat the problem at its source.

Stablor® is a medical nutrition product (foods that are integrated into care protocols), responding to a major public health problem, obesity. Its composition, protected by international patents, combines specific fractions of milk proteins with selected amino acids. The particularity of Stablor® lies in its mechanism of action which targets metabolic and nutritional disorders. Stablor®, allows to treat and reduce the rate of visceral fat through an action on the microbiome.

Stablor® is LNC's most advanced program in terms of development. After the completion of the current clinical trial, LNC Therapeutics will use this data to obtain a health claim from the European Food Safety Authority (EFSA) for Stablor® from 2020.

LNC Therapeutics recently signed an exclusive licensing agreement with Cornell University in the United States for its Christensenella patent, which covers a recently discovered family of intestinal bacteria considered to have the potential to target and unlock a wide range of therapeutic applications for diseases such as obesity and other cardiometabolic diseases.

A study has shown that the presence of Christensenella is reduced in some diseases, such as certain inflammatory bowel diseases and cardiometabolic diseases (hypertension, diabetes, etc.). In summary, Christensenella is one of the families of beneficial bacteria.

Currently, the LNC01 program is in the pre-clinical phase. The objective is to study the product's mode of action, efficacy and safety. It is important to mention that LNC is the only company in the world to exploit this family of bacteria and is protected by many patents.

Today, more than 2 billion people are obese or overweight. The global market for the treatment of obesity is expected to reach $15.6 billion by 2024.

Despite the importance of this phenomenon, existing solutions reveal weaknesses both in their effectiveness and in the side effects they cause on the human body.

Global obesity has increased threefold since 1995. Thus, the fight against and prevention of obesity is a growing need in the health sector worldwide.

The development of the company

All of the company's projects focus on fundamental research, pre-clinical research and clinical trials. With €16.5 million raised since its creation, including €1.5 million in grants from BPI France and the New Aquitaine region, LNC Therapeutics is pursuing ambitious research and development programs.

Between 2010 and 2017, LNC Therapeutics raised €10 million to finance the development of a medical nutrition product, Stablor®, which allows visceral fat loss through action on the microbiome. As the product has been developed, LNC is now in the process of obtaining a health claim from EFSA (European Food Safety Authority) from 2020 in order to be able to license its product to a pharmaceutical group.

LNC Therapeutics is now in the process of developing another solution to fight obesity and metabolic diseases. It is a drug based on the Christensenella family of bacteria. Recent studies conducted by Cornell University (USA) have shown that this family of bacteria has a positive impact on the human body, particularly in the fight against obesity.

This project aims to exploit the potential of Christensenella as an innovative therapy to treat obesity and metabolic disorders.

It is the first company to develop a drug based on Christensenella. LNC Therapeutics has filed proprietary patents and also holds an exclusive license to design, produce and distribute (valid until 2040) drugs based on all strains of Christensenella bacteria.

The ongoing fundraising will bring the ongoing LNC01 program into Phase 1 clinical trial.

1. LNC is positioned as the only player able to provide an effective and safe solution against obesity by offering drugs based on the intestinal microbiome that treat the problem at its source.

2. An attractive market in very strong growth. Global demand for the obesity market is $2 trillion. The fight against and prevention of obesity is a growing need in the health sector in all countries. About 2.2 billion people, or 30% of the world's population, are obese or overweight.

3. An expert and complementary management team. The team is structured and operational: researchers, certified professors and doctors of pharmacy. It is based on the synergy of experiences and skills.