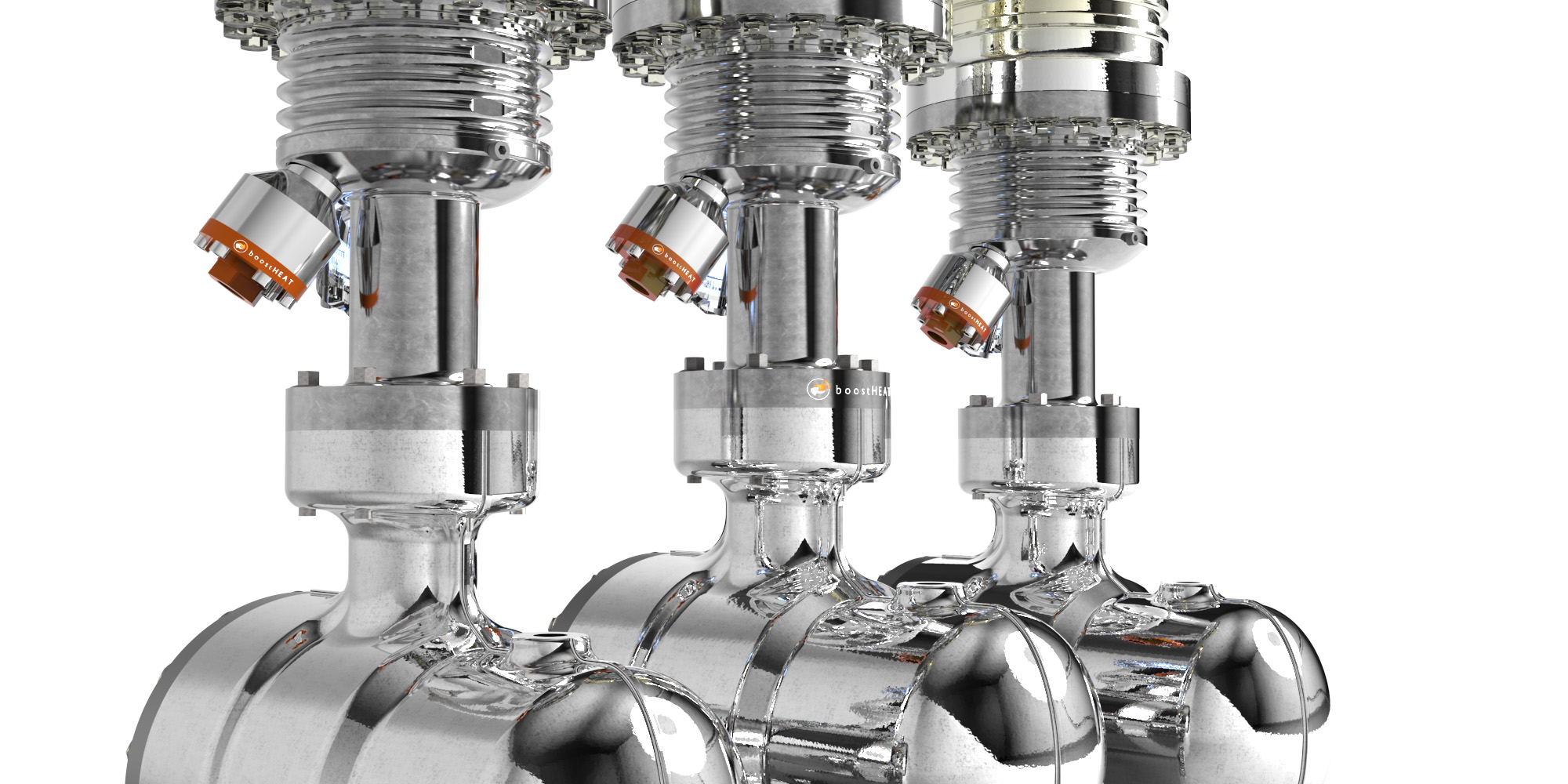 boostHeat revolutionizes the heating systems by dividing by two the energetic consumption and environmental footprint. boostHeat conceives and develops several ranges of efficient thermodynamic boilers targeting residential housing, collective and tertiary buildings. Those thermodynamic boilers integrate heating generation, sanitary hot water production for the domestic sector and cold production for the tertiary sector. boostHeat’s technology is protected throughout a large international patent portfolio, which is the result of a long research effort started in 2004 and which allowed the fusion between two mature technologies : the boiler and the heat pump.

boostHeat disposes of a patented technology of thermic compression, which uses natural gas as combustible/fuel. The combustion’s heat is used to activate a thermic compression cycle instead of a direct alimentation to radiators, which permits to double the energy performance of natural gas compared to a condensing boiler. Natural gas is currently the third fossil energy (22%), after fuel (32%) and coal (27%). The natural gas is less polluting: it produces 20 to 25% less CO2 than fuel and 50% less than coal, and its combustion releases very low levels of Sulphur dioxide.